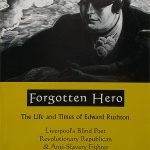 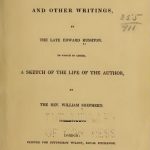 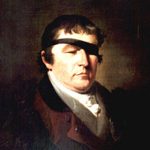 Why was Rushton Forgotten?

Paul Baines is Professor of English at the University of Liverpool, and editor of The Collected Writings of Edward Rushton 1756-1814, Liverpool University Press. He explores here why the reputation of his poetry faded after Rushton’s death. 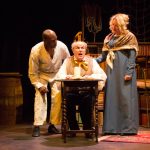 Photographs from the play Unsung. Based on events in Rushton’s life this was premiered at the Liverpool Everyman theatre in 2016 in a production by DaDaFest and Turf Love.

The Ballad of Crooked Lane

Photographs and script from “The Ballad of Crooked Lane” by Tom McLennan, a short play about the time in Rushton’s life when he ran a pub in Crooked Lane in Liverpool.

In memory of Mr Rushton

Volume of poems published by Thomas Noble in 1821 including the poem “In memory of Mr Rushton”.

Other works about the life of Edward Rushton

Mike Royden: Edward Rushton – life and times of an 18th Century Radical and the foundation of the Blind School in Liverpool