One of the first people to look afresh at Edward Rushton’s life was the late Bill Hunter. Bill wrote Forgotten Hero in 2002, and you can listen to a recording of it here, in instalments. 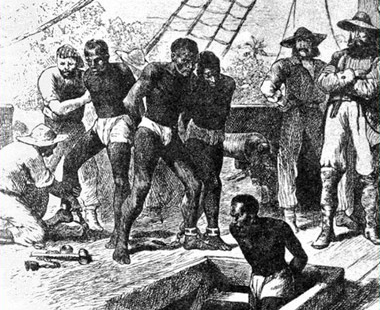 Rushton has never received the recognition he deserves. To tell his story is to relay the history of the slave trade, revolution and the oppression of the common people throughout the world. At the age of twenty he was second mate on a slave ship. The slaves became sick with a blinding disease and he was the only crew member who would look after them. He contracted the disease and returned to Liverpool blind. 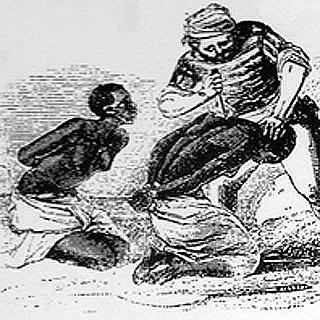 Branding a slave with a hot iron

Rushton believed as Cugoano (a former African slave) that “every man in Great-Britain was responsible in some degree for the slavery and oppression of Africans, unless he speedily riseth up in abhorrence of it in his own judgement, and, to avert evil, declare himself against it.” 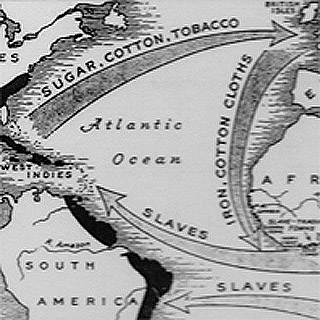 Track 3. Rushton’s Times: A City Built on the Slave Trade

Ships in the slave trade made a triangular voyage. They sailed from Liverpool to the West coast of Africa where they loaded their human cargo. They shipped the slaves to the West Indies (Caribbean). The proceeds from the sale of slaves was used to buy cargoes of sugar and rum to bring back to Liverpool. 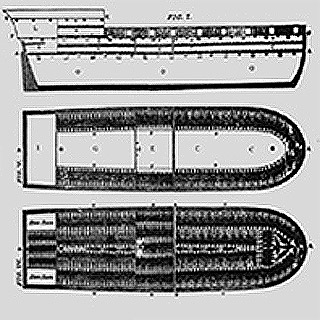 Slaves chained and packed together

In 1783, a slave ship called "Zong", owned by Liverpool banker, William Gregson, was becalmed and short of water. The captain ordered 132 slaves to be thrown overboard. The owners won a court judgement that they were due compensation for a cargo lost owing to the “perils of the sea". Chief Justice Mansfield declared: “The case of the slaves is the same as if horses had been thrown overboard.” 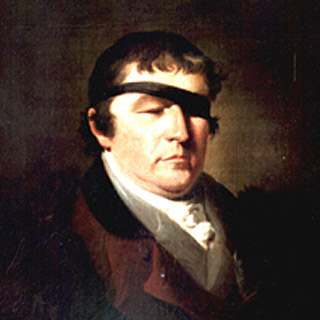 Edward Rushton was the most outstanding Liverpool opponent of slavery. His passionate stand contradicts the compromising opposition of wealthy men like Roscoe and Rathbone, who were close friends of the slave merchants. The Rathbones continued their supply of timber to the slave trade until the Quakers, in 1783, formed a special committee on the slave trade and presented a substantial anti-slavery petition to Parliament. 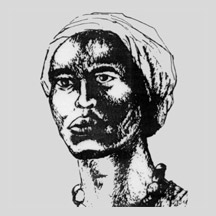 Track 6. The Sons of Misery

One of the first writings of Rushton on slavery was his West Indian Eclogues. This is a dialogue between Jamaican slaves.
Image: Nanny of the Maroons. one of the black resistance leaders in Jamaica from 1725-1740, thousands of insurgent slaves fought a war in the mountains against the whites. 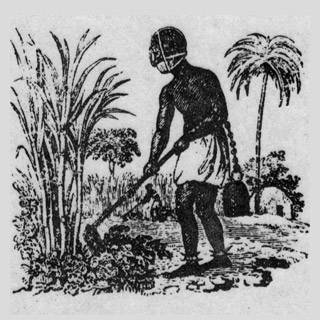 Track 7. The Apologists, the Opportunists and the Fighters

“Liverpool’s supremacy in the slave trade was not due to any distinctive moral failing in her merchants, but to world-wide economic needs, which she did not create, but which she was, because of her geographical situation and initiative, particularly well suited to serve.” History of Liverpool (1957), George Chandler (Liverpool’s chief librarian).
Image: a slave at work, cruelly with a metal face mask and mouth-piece to prevent him eating. He has boots and spurs round his legs and a heavy weight connected with chains to his body to prevent him absconding. 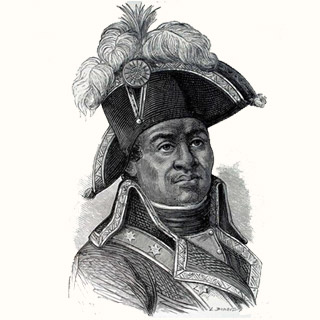 Track 8. Rushton and the Slave Revolution in Haiti

In August 1791, two years after the French Revolution, the slaves in San Domingo revolted against the French slave owners. The successful slave revolt lasted for twelve years, the former slaves defeated the soldiers of the French monarchy, a Spanish invasion, a British expedition of 60,000 men and a French expedition of the same size, led by Napoleon's brother-in-law.
Image: Toussant Louverture 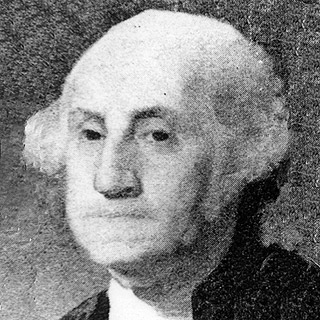 In 1782, Rushton had his first poem published - "The Dismember’d Empire" - on American Independence, which he supported. In July 1796 he wrote to Washington about his keeping of slaves:
“Shame! Shame! That man should be deemed the property of man; or that the name of Washington should be found among the list of such proprietors.”
Image: George Washington 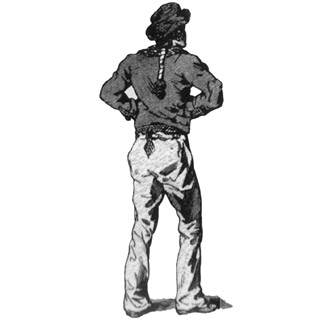 Liverpool shipping merchants could undercut their rivals by about 12%. One of the reasons was that they hired a large number of boys in preference to adult seamen. Conditions of work on the small sailing ships of the period were abysmal. Discipline was brutal. There were cases of seamen being flogged to death. Conditions on the slave ships were the worst. From 1784-90, the death rate among seamen on slaving voyages was one in five.
Image: Liverpool Sailor – 'Jack Tar' 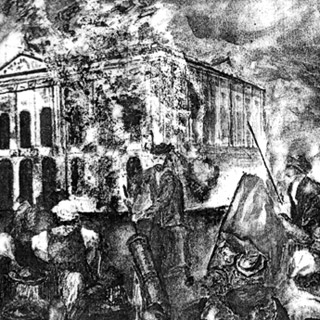 In August, 1775, the crew of "The Derby”, bound for Africa, unrigged the ship to prevent her sailing when their wages were cut from thirty shillings to twenty shillings a month. Nine of the crew were arrested. Three thousand sailors with handspikes and clubs freed them.
The strike rapidly spread. A great procession of men, boys and women marching with a red flag, was fired on by men hired by the Council. It is reported that seven seamen were killed and forty wounded.
Image: Enraged sailors bombard Liverpool Town Hall 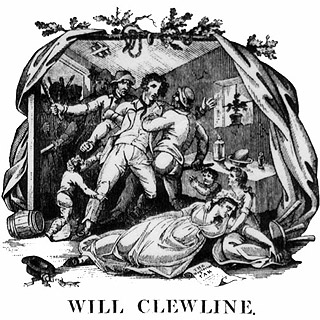 The Press Gang was a body of men scouring the ports to "impress" or seize men between the age of 18 years and 55 years with certain exceptions, as recruits for the British Navy. The Fleet had to be maintained by the iniquitous compulsion of the Press Gang because voluntary recruiting was inadequate owing to the notorious conditions on board the royal ships. 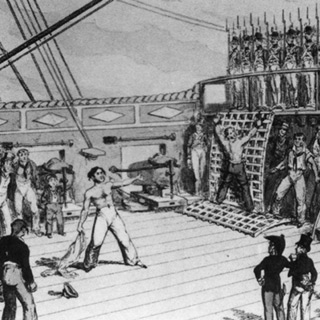 Captured English seamen in the French wars were referred to by French sailors as ‘tigers’; not because they were ferocious, but because their backs were marked with the results of floggings.
Image: A brutal flogging on board a Navy ship 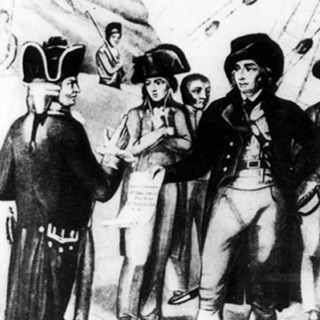 The mutiny at Spithead and the Nore, in 1797, was the biggest in naval history. At this time, more than half of the seamen in the fleet had been forcibly impressed, or recruited from debtors’ prisons.
Image: Richard Parker presents a list of grievances to Vice Admiral Buckner at the Nore 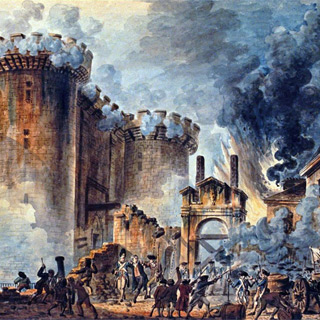 Track 15. Rushton and the French Revolution

Edward Rushton was a staunch supporter of the French Revolution. Unlike some of the poets and intellectuals who had hailed the revolution, he did not raise his hands in horror when the revolutionaries defended their gains.
Image: Storming of the Bastille in 1789 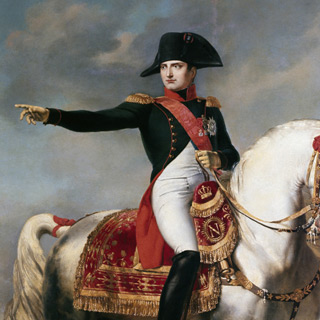 Track 15b. For the Revolution but Against Napoleon

After Napoleon came to power, Rushton condemned his coup. But he continued to hail the glories of the French Revolution and his belief was that France wouldn't accept the suppression of liberty.
Image: Napoleon 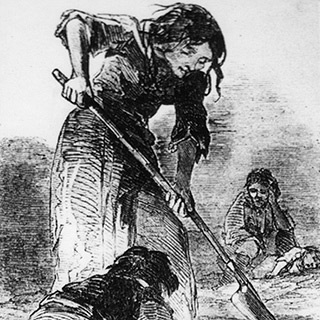 In his book on the Irish revolution of 1798 — "The Year of Liberty” – Thomas Packenham writes: "In the space of a few weeks, 30,000 people - peasants armed with pikes and pitchforks, defenceless women and children – were cut down or shot or blown like chaff as they charged up to the mouths of the cannons".
Members of the "United Irishmen" led the revolt. The main leader was Wolfe Tone, a Dublin barrister and a Protestant.
Image: Irish peasant digging for potatoes, wearing rags, which were imported from Scotland.

At the time of Rushton's birth England was mainly an agricultural country. In 1756, most people in England lived and died in the place where they were born. They rarely, if ever, left it. Rushton died in 1814 and, by that time, whole populations in England, Scotland, Ireland and Wales had been uprooted, forced to migrate from the land and crowded into unhealthy cities. In his lifetime, 200,000 Scottish people were evicted in the "Highland Clearances".
Image: With the enclosure of common land over hundreds of years it became a common saying "the sheep are devouring the men." 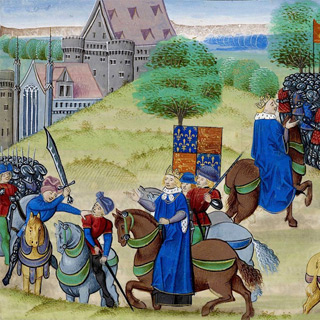 Track 18. The Fire of English Liberty

Rushton sympathies would have been with the Levellers who were the backbone of the revolutionary New Model Army in the English revolution of 1640-49 and there was a Wat Tyler brigade in the Cromwellian army. Wat Tyler had been the leader of the peasant revolution in England in June 1381, over two hundred and fifty years before. An Act against illegal oaths" was passed after the naval mutinies of 1797. This was used to break up existing trade unions and was later used against the Tolpuddle Martyrs. The Combination Acts of 1799 and 1800 banned trade unions altogether. It was William Wilberforce, the supposed champion of human freedom, who proposed to the Government in 1799 that there should be general measures "to prevent unlawful combinations of workers”.
Image: The killing of Wat Tyler by a servant of the king 1381 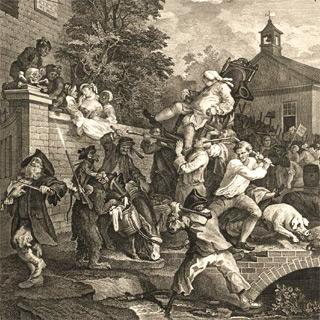 The revolution of the seventeenth century had introduced a reform of electoral districts and abolished the House of Lords, but the reforms disappeared with the Restoration of the monarchy in 1660.
In the eighteenth century, Government and Parliamentary corruption was open and widespread. Parliament became a place where deals were done, fortunes made and honours sold.
Image: From Four Prints of an Election, plate 4: Chairing the Members by William Hogarth c.1754 (image from the Tate) 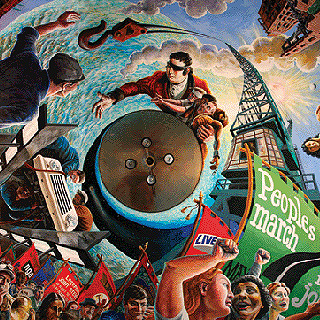 At the time of Edward Rushton's death on the 22 November 1814, the movement for democratic rights, which had been beaten down at the turn of the century, began to rise again. This time, however, its great motive force came out of the factory working class, who, in their mass, backed the later movement of Chartism.
Credits: Forgotten Hero was written by Bill Hunter and narrated by George Sephton Readers were John Graham Davies, Kath Dow-Blyton, Tayo Aluko, Beryl Phillips, Tom Calderbank, Jay Farley, Muhammad Khalil and Sue Hunter. Harp and music were by Stan Ambrose. The drums by Muhammad Khalil. Production, Editing and Design by Jay Farley and Ritchie Hunter.
Thanks go to: Steve Binns, Su Burke, Paul Cosgrove, Sue Hunter, Chris Lovell, Gosia McKane, Richie Neal, Dan Pugh, Cathy Wilson and Gerd Zinsmeister.
Image: Rushton in the dome at the Old Blind School, Hardman Street 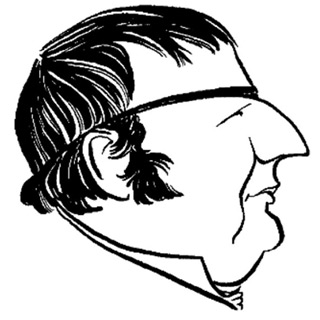 In Memory of Mr. Rushton was published by Thomas Noble of Liverpool in 1821.
A poem in memory “Our Rushton's” eternal spirit. 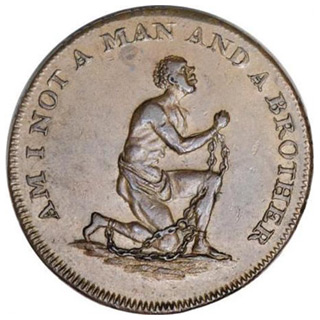 Letter to Washington
“Am I not a Man and a Brother” (circa 1787). Portrait medallion widely distributed by the anti-slavery movement.

The following chapters will be released on a weekly basis….