A review by Paul Cosgrove 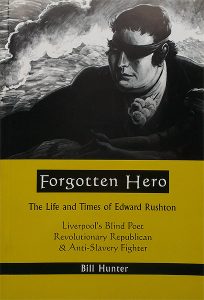 This book is not an attempt to record the personal life of Edward Rushton. Nor is it an annotated collection of his work, or indeed an analytical critique of his poetry. Rather, it is seeking to illustrate the influences on Rushton and put into context why he wrote in the way he did. His work remains relevant today: like him we are living through history and each of us is able to play an active part in shaping events which impact upon our world. Rushton was a tenacious character who never let his personal circumstances interfere with his quest for human rights. His main legacy, it could be argued, is not the poetry, but his spirit and passion for justice.

Rushton was not simply a skilful poet, he was an active radical. Personal experience, and a perceptive understanding of the changing political world, enabled him to campaign and protest through his work.

The book raises questions which will, hopefully, be picked up on by people interested in social history. Why don’t we know more of this man? Why are Roscoe and Rathbone well known as slave abolitionists, while Rushton, their contemporary, is ignored? How have radical historians missed the hypocrisy of Washington and Tom Paine. Washington, the shining light of American democracy and freedom, kept slaves. He treated them well, but they were still slaves. Rushton makes this point forcefully in his letter to Washington: “Feed me with Ambrosia, and wash it down with nectar, yet what are these if liberty be wanting?” When Tom Paine, who wrote ‘Rights of Man’, refused to castigate Washington, Rushton accused him of defending only the rights of the white man, not the black man.

One of the speakers at the launch of this book was Steve Binns, a local historian who is renowned for his tours of the famous buildings of Liverpool. His descriptions of the architecture are remarkable. What makes them more remarkable is that Steve Binns has been blind from birth. Steve explained how he also had long been an admirer of Rushton, and had written an article about him. He stressed the importance of biographies and how much we can learn from them, and above all be moved by them.

There followed a play about an episode in Rushton’s life, written by Tom McLennan and performed by the Shorefields Drama Group. All were well received by an audience of over a hundred. Thus was achieved one of Bill’s aims – that of stimulating an interest in the history of Rushton’s life and times. 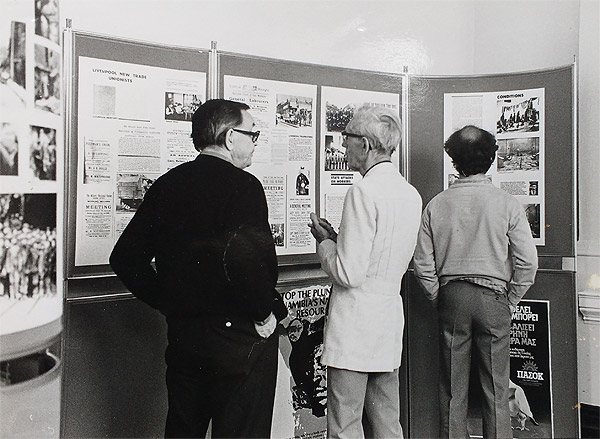