It’s difficult to imagine, in these days of keyhole surgery, how people even considered undergoing operations in the early 19th century. The use of nitrous oxide was still some decades away, there was no pain relief, other than alcohol or ether, and the custom was to be bound, to prevent struggling, with a wad of cotton between clenched jaws. In these circumstances, submitting one’s only surviving eye to the scalpel must have required nerves of steel. Edward Rushton did it five times. 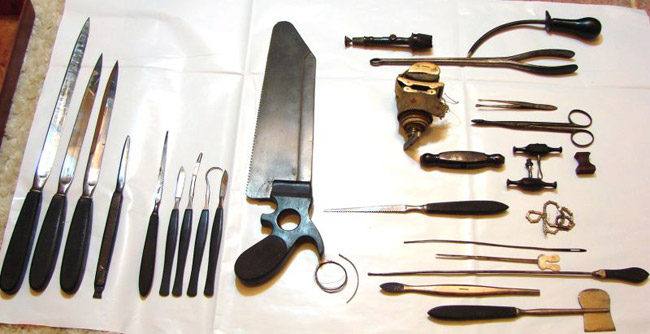 In the early 1800s, Rushton heard of a Manchester surgeon who was attempting a new form of reconstructive eye surgery. His father had looked into treatment thirty years earlier, when his son returned newly blind from the Caribbean, and had even paid for a consultation with the King’s physician, which proved futile. Now in his fifties, with a wife and children he had never seen, the news that James Gibson was having amazing results not thirty miles away must have jolted Rushton. In each of the operations he chose to undergo, his surviving eye, across ninety percent of which was an opaque film, was cut open. With periods of healing between, the eye was successively cleared, the iris re-built, scab matter removed etc. Gibson’s written description of the first operation was recently discovered in a Manchester archive.

I attempted to form an artificial pupil, by protruding the iris through an incision of the cornea. Adhesions however towards the inner angle of the eye prevented me from protruding a sufficient portion, so that I was only able to cut off a bag the size of a small pin’s head. It became necessary to remove a further portion within the eye, by means of the iris-scissars; the opening already made in the iris allowing a blunt pointed blade to pass through it. I had not at this time begun to use the hook, otherwise I should have attempted to have drawn out the iris…

According to his friend Rev. William Shepherd, Rushton undertook this and the other operations refusing to be bound! The operations were successful, and he was able to see his wife Isabella during the last two years of her life, and to see his children for the remaining five years of his own.